Opening Day March 28
The MLB regular season will open on its earliest day ever. All 30 teams will play on March 28, (including international games).
The previous earliest opening day was March 29.
My Teams
Boston Red Sox and San Diego Padres
BoSox:

As a native of Massachusetts I’m all about my Red Sox, the defending World Series champs, beating the hated Dodgers. I despise the L.A. Dodgers because my adopted home is San Diego. The Padres continue to rebuild, but its owners don’t expect to contend until 2020. I’ll be one month shy of 71 when the 2020 season begins.

Back to the present. Padres Manager Andy Green has designated pitcher Joey Lucchesi as his 2019 opening day starter.

Growing up in the Fifties, I was fortunate enough that Ted Williams and his Red Sox were on TV. See my earlier post (below) at my Stories Behind the Stories blog. https://storiesbehindthestories.blog/2018/08/31/ted-williams-left-me-speechless/

To my surprise, the Splendid Splinter had been born and raised in SD. Bonus: Teddy Ballgame played for the AAA Minor League San Diego Padres!

Unfortunately, my parents were not baseball fans. That was okay with me. (May Tina and John continue to rest in peace.)

A year or two from 2019, the Padres should be contending for a playoff spot.

From August 23 through the 25th, the defending world champs will be in town this season to take on the Padres. I’ll be at Petco Park to root on the Red Sox. My best bud, a San Diego native, won’t like that, but I will support the Pads for the rest of the season. 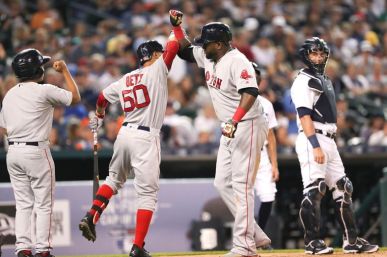 In the end, going to any Major League, and some Minor League baseball parks, is a treat. Great way to relax.